Eight antelopes from a zoo in the Czech Republic were flown in crates to South Africa, where officials concluded they were illegally imported and that they might bring a disease into the country. They languished in a cargo hold for two days before wildlife veterinarians slaughtered them because the animals' return to Europe could not be arranged.
The killing of the sitatunga antelopes set off a whirlwind of accusations this week about the improper handling of wildlife in a deal between two zoos in capital cities.
The Prague zoo accused the Johannesburg zoo of passing itself off as the animal importer while surreptitiously acting on behalf of a private breeder. The Johannesburg zoo did not immediately comment.
Animal welfare officers weighed in, saying the antelopes were kept in small containers in their final days and suffered dehydration and abrasions as they tried to reach incorrectly placed water bowls.
"The animals were hugely stressed and it was very disturbing to see the blood-splattered crates," said Wendy Willson, an inspector for a national council that seeks to protect animals.
The antelopes arrived at Johannesburg's main international airport without "all the necessary veterinary import documentation" and an attempt to return them to the Czech Republic failed because Germany refused to let them transit its territory, South Africa's department of agriculture, forestry and fisheries said Wednesday. The antelopes had arrived on Friday on a Lufthansa flight via Frankfurt.
The antelopes had to be put down because of the threat to local livestock, the department said.
"Risking the introduction of a new disease will have a crippling effect on the industry, not only as a result of loss of markets, but because of the large mortalities that will be experienced," it said in a statement.
Animal welfare officials question how the antelopes, which are indigenous to Africa, were sent despite a restriction in the movement of antelope species from Europe. They also question some wildlife veterinarians who refused to put down the antelopes, thereby prolonging their suffering.
The Prague zoo, a major breeder of sitatunga antelopes, sent all import documents requested by the Johannesburg zoo and the animals were slaughtered because of "one missing veterinary examination," Prague zoo director Miroslav Bobek said.
"The whole affair had disastrous results!" Bobek said in a statement.
Posted by EFL International at 8:26 AM No comments: 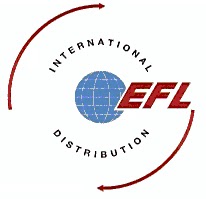